Happy Holidays from your friends at North Ridge Golf Club!

Please visit the pro shop in person to purchase this special deal. 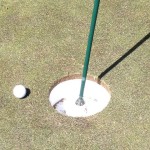 Big Cup Week sponsored by TaylorMade Golf started out with a  lot of anticipation for the larger than normal golf holes and ended on a real high note with the Glow Ball Touranment.

We’d like to thank all of those participated last week and congratulate Vic Czarnecki who was the lucky recipient of the TaylorMade driver random drawing.  Vic will be fitted with a brand new TaylorMade driver.

Special congrats to the low 18 hole score of the week, Mr. Zachary Stennett, assistant golf professional from Tallwood Country Club who shot 63 on his own ball during Wednesday’s Assistant Pro Invitational.

The glow ball event went out without a hitch as 60 players played nine holes in the dark.  The winning team shot a score of 3 under which is very impressive.

Thanks to all who participated in last weeks events and hope to see you all this fall here at North Ridge.

The final inductee of the 2014 Hall of Fame is PGA Life Member Century, Bill Fox. A golf professional trailblazer, Fox pursued membership at the age of 61. He actively volunteered and served in numerous section activities. Fox was the catalyst for the start of the Connecticut Senior Open in 1983. From 1997 he was the chairman of the championship, which continues today and bears his name on the champion’s trophy. Fox also earned section Golf Professional of Year in 2008. 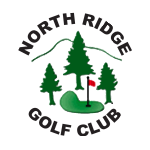 SOUTHINGTON — The sign at the end of the driveway says North Ridge Golf Club.  As you turn into that driveway, a bright, white clubhouse is straight ahead. Something looks very different at the old place known since 1960 as Pine Valley Golf Course.  There are a lot of different and new things, other than the name, going on at the course well-known to Greater Waterbury golfers.
“There is a new energy here,” said pro Jack McConachie. “Our new owner, Mark Lovley, is the Energizer bunny. He never stops.”

Lovley is not just the owner, but an avid golfer as well. Five or six rounds a week are not uncommon. “He can play 36 holes straight without breaking a sweat,” said McConachie.

Since purchasing the golf course last summer, Lovley has renovated the clubhouse, including the snack bar, the upstairs bar, lounge, banquet room and patio, as well as the men’s and ladies’ locker rooms.

He has hired a second PGA of America professional, John Dipollina, to join McConachie in the pro shop. A fixture at the course for more than three decades, McConachie had been solo in the shop for 12 years. Dipollina had been the head pro at Gillette Ridge in Bloomfield and was also the head pro at Minnechaug in Glastonbury.

The food and beverage business has been turned over to the Testa’s Banquet Facility, a well-know Southington company.

Lovley also hired Tom Rodden as the new superintendent. He is a member of the Golf Course Superintendents Association of America. He has started a tree-cutting and trimming program that has opened up the golf course and has several projects on a number of holes. Work has been done to correct the drainage issues that have plagued one side of the course.

“Since we aerated the fairways, you can drive a cart out there on (Nos.) 12 and 13, even after the rain we had last weekend,” said Lovley. “And we are working with a company that deals in drainage and has some ideas to help solve that problem.”

A lot has been done, but still the perception that the club has been reduced to a nine-hole layout remains out there among area golfers and seems to have been since the sale.

Pine Valley was an 18-hole golf course. North Ridge is an 18-hole course and will be at least through the conclusion of the 2015 season.

Lovley Development does have plans to starting building houses in 2016 on the front side of the course, which will remove nine holes from play. But that is not the end of the story.

“We are trying to have a new concept,” said Lovley.

A three-hole layout will be built on 30 acres of property the club owns alongside the 12th hole. This will serve as a quick, three-hole round for a player with time constraints, or for a three-hole practice session with one of the pros.

Lovley is also pursuing the purchase of another 40 acres across the street from the club that is currently owned by Tilcon.

“We have been meeting with Tilcon and going over the details,” said Lovley. “The land has been mined out and is just vacant land.”

If that deal is done, Lovley plans to build nine new holes to replace the front nine.  Already, work has started on 30 new homes near the 16th fairway. Lovley reports that he already has 25 deposits on the 30 lots.

Lovley has also tried a new approach to greens fees. He lowered them. Weekday greens fees for 18 holes with a cart dropped $6 to $46 and weekend fees dropped $10 to $50.

“It was too expensive,” he said. “We are bringing it down to make it more appealing. We’ve been getting a lot of compliments.”

Despite the lousy spring weather, the course has been busy. Memberships are up. The men’s club had around 100 members four years ago. Last year, it was down to 40, but this spring, even with the bad weather, the number is up to 50. And there some new leagues this spring.

Lovley has created a new energy at the club, with players and staff. And just to add some more anticipation, he has plans for a completely new clubhouse in three years to replace the recently renovated existing facility.

“A Southern-style building,” said Lovley, “with a wraparound porch.”

He does not want to slow down, and the old Pine Valley is the new, invigorated North Ridge. 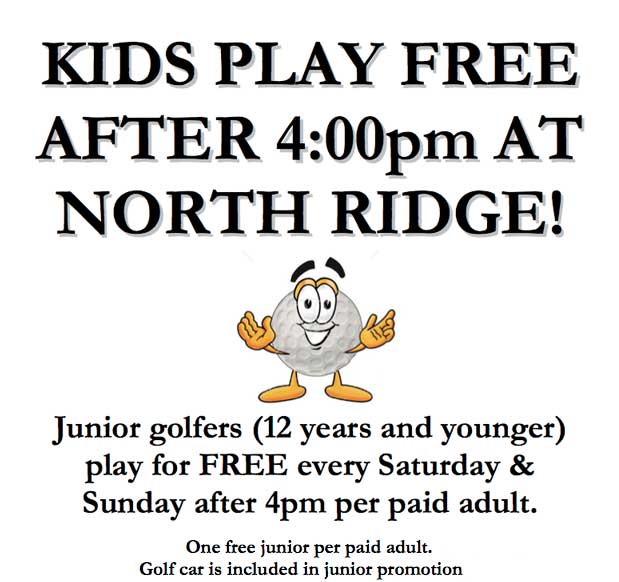